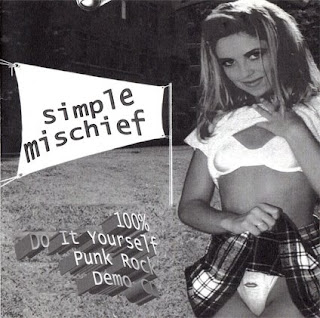 Simple Mischief was around during the late 90's in central New Jersey (Bordentown to be specific). They were all high school kids, but still played some pretty damn catchy tunes. A bit of pop/punk, a hint of heavier punk, a tinge of hardcore, and even a touch of ska here and there for no other reason than "just because". Around 2000, the band disbursed. A few of the members went on to form another band called "The Arena Drive" who were together for a few years and will be posted in this blog sometime in the near future. 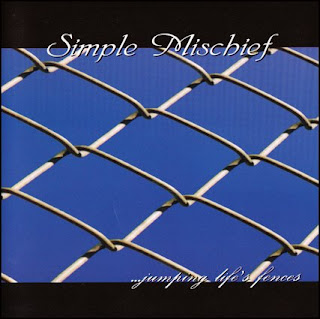 Contained in the 92mb zip file for this gone, but not forgotten band, I've included their demo tape "Dance Your Cares Away", their first CD/EP (Which I myself produced for them) called "100% D.I.Y. Punk Rock Demo CD", and their first and only full length "Jumping Life's fences". Also, included is 2 extra tracks from the "D.I.Y. Demo CD" sessions I produced, that were never released. Grab these classic tunes and remember the days of Peanut Butter and Jelly & Wigwams. 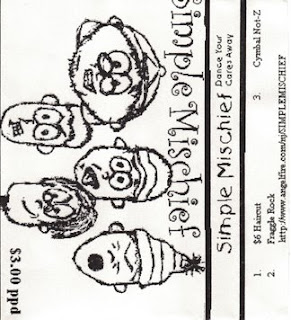 this stuff is so good. I have a few NJPP comps with these guys on it. I had no idea they had a few releases. Ill have to add this stuff to my want list.

I loved Simple Mischief!!!! I went to elementary school and was friends with most of these guys. Good to hear a little blast from my early teenage years!! Thanks!

Thanks for reposting this Steve! I lost the original file.